Some of the Biggest Achievements from Those with Disabilities

Ending the stigma starts with sharing stories, raising awareness and learning about people’s lived experiences. That is why this blog post will highlight people with disabilities who have achieved great things, many of which have created history.

Susan Boyle became a household name after she wowed the world on Britain's Got Talent. Boyle was a shy, awkward, middle-aged woman who many discounted the second she walked on stage. However, soon after she began to sing, everyone that doubted her soon realized they were wrong.

This TV appearance was just the beginning of her successful musical career. She gained loyal fans, performed sold-out shows and sold over 14 million albums.

Boyle was diagnosed with Asperger syndrome, which helped her understand how to operate in the world around her in an incredible way. Boyle created a successful and meaningful career and continues to accomplish incredible things.

Clay Marzo is no stranger to incredible accomplishments and has proven that being on the autism spectrum was not a barrier to becoming a successful athlete. He made a name for himself as an influential, innovative athlete and championship surfer.

At only 11 years old, he got third place in the National Scholastic Surfing Association (NSSA). This led to signing a professional surfing contract. However, that was just the beginning because he became the first surfer to score two perfect 10s in NSSA history four years later. He also won the national championship the same year.

Surfing was a massive part of Marzo’s life. He now volunteers with Surfers Healing, a charity dedicated to teaching young people with autism how to surf.

Collette Divitto is a successful entrepreneur with Down’s syndrome who completed a three-year cooking course at Clemson University. Following her graduation, she faced a lot of rejection as she began applying to different establishments. Instead of letting the rejection cause her to give up, she took her best recipe, “The Amazing Cookie,” and founded her own cookie business.

Although Divitto started as a one-person business, she began to grow her client base and made appearances on significant news sources. She partnered with the famous Lays potato chips and employs 13 people. Her mission is to reduce unemployment among those with disabilities.

Here at Weaver, we are dedicated to letting those with disabilities shine and cannot wait to celebrate all the achievements our clients have made with you. 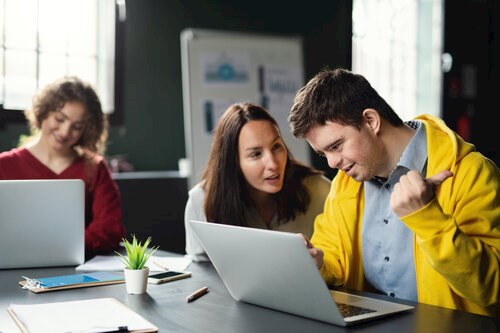 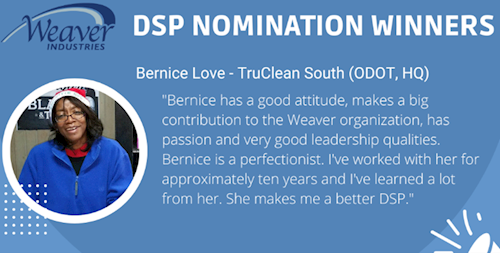